Step up or move out of the way

People will lead or follow, it’s simple. There is no middle ground to stand on. The world is black and gray, there is justice or no justice. Before you feel bad, we as humans are not cows. We don’t have to be in on particular heard or another. We can choose to lead our own. Back in the wild west days, you could recognize people by their professions. There were gunslingers, drunks, farmers, lawyers, doctors and the world’s oldest profession. You could tell who lead and who decided to follow. You knew right from wrong, the hot grip of justice. Nowadays, it’s not so transparent, people like to hide behind plastic masks and leave in pretend land. Not anymore, if you want to lead, then lead or get out of the way. 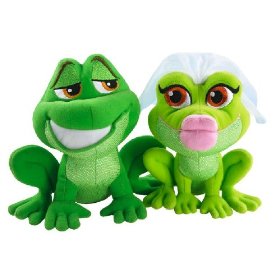 Leading from the Saddle

“Never run a bluff with a six-gun.” – Bat Masterson, and it can apply with mlm leadership. You either lead or follow. It’s not easy to be a leader, while it’s so easy to be a follower. That is why there are more followers than leaders, because they lack the courage, motivation, drive, focus and sacrifice to help others. You could call the world a lazy, greedy and insensitive broken wagon and you’ll be right.  You will also be wrong as well. People need to be trained as leaders, stepping into the role is the right step. Taking the classes and practicing is the following step. However, if your morals and mentality are below the dirt line, then there is no point.

There are already enough immoral leaders in the world, we don’t need another one. Ethics is key here and how you stand up for them. Not these flimsy ethics today, but the old fashioned ones like, putting in a hard day’s work, giving credit to those who earned it, sacrificing for your fellow man, helping others reach their potential, being silent in a world of angry people, shutting down misbehavior and many others. Sounds like being a lawman in the wild west right? WRONG. It’s not, it’s being a human with common sense to put others first before you. It’s serving, not being served that makes the difference. It’s being rational and thoughtful about your criticisms and praises. So if you’re ready to change, awaken the inner cowboy and get started now or move out of the way. Stay tuned for other mlm leadership posts.